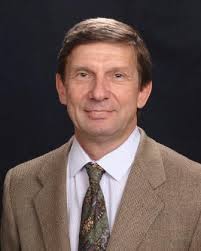 Prof Drachev graduated from Novosibirsk State University, received a PhD in Experimental Physics from the Institute for Semiconductor Physics and Institute of Automation and Electrometry, Siberian Branch of the Russian Academy of Sciences and Doctor of Science in Physics from National Research University Higher School of Economics. His current  appointment is at the Skolkovo Institute of Science and Technology. Previously, he worked as Associate Professor (tenured) with University of North Texas (2012-2021), at the New Mexico State University (1999-2001),  Purdue University (2002-2012) (USA), Institute of Institute of Automation and Electrometry, Technological Design Institute of Scientific Instrument Engineering, Institute for Semiconductor Physics of the Siberian Branch of the Russian Academy of Sciences  (1980-1998). He has published more than 120 papers in refereed journals and 8 invited book chapters with h-index of 37 and overall citations of 7140 (Scopus database).