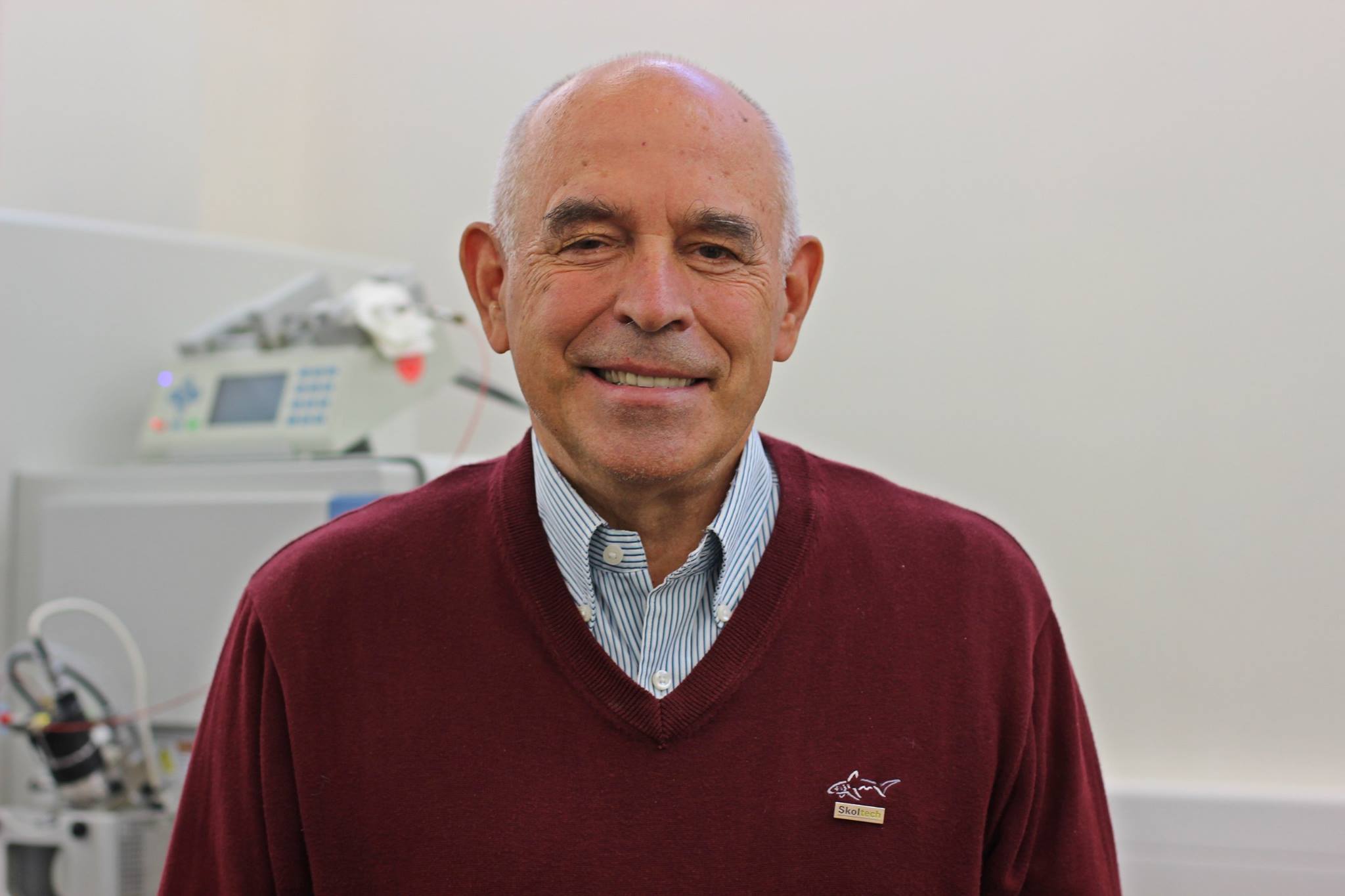 Full Professor, Head of the Laboratory of mass-spectroscopy
Center for Molecular and Cellular Biology

Inventor of the method of detection of FT ICR signal with multiple electrodes (1986) (implemented in Bruker Daltonics SOLARIX 2X and in 21T FT ICR instrument in NHMFL and PNNL, USA)).

Objectives:
The goal of the project is the development of the new type of miniature mass spectrometer with high mass resolution, mass determination accuracy and low weight and power consumption primarily for space research applications and for broad application as carryable mass spectrometer for trace analyses of gases and molecular solids.

The approach is based on two new ideas:

Making Cassini trap electrodes by high special resolution and accuracy 3D printing of conducting surfaces
The obvious benefit of this new approach is the possibility to print miniature mass spectrometry arrays to increase sensitivity of mass analyses and replicability of technology, which makes possible the production of cheap mass analyzers for different applications. The objectives are:
– Supercomputer simulations of electric field distribution in two centers Cassini traps.
– Supercomputer assisted simulation of the electron impact ionization processes inside the Cassini trap. Simulation of ion motion with initial conditions corresponding to the ionization region.

Results/current status
We have transported to the Skoltech a special vacuum camera for the assembly and test of the Cassini trap. Currently we are working on the purchasing of the required electronics.

Potential Impact
Mass spectrometry is one of the most informative and sensitive analytical technique, which is widely used in scientific research for more than 100 years and in Space research since 70th. The mission in 2015 to Churjumov-Gerasimenko comet had four mass spectrometer on board.  Regular mass spectrometer is a complex combination of mass analyzer with ion source and ion detector, sophisticated electronics and data recording system as well as vacuum system, which is the heaviest, the most power consuming and most expansive part of the whole instrument. Many planet satellites and comets does not have atmosphere and their research by mass spectrometers could be greatly simplified. The results of the project will considerably help to achieve this goal.

Stanislav Pekov
Junior Research Scientist
This course introduces students to the first principles and methods of mass spectrometry with special emphasize on biological and medical applications. The course will cover wide range of mass spectrometry techniques used for ion generation, separation, detection and data processing and interpretation. The course will teach the theoretical fundamentals required for the design of instruments and methods for measuring mass spectra of biological samples. The course will cover mass spectrometry applications in OMICs technologies, mass spectrometry applications in biomarker discovery and tissue imaging.
After successful completion of this class, students will acquire the initial knowledge of the operational principles and design of different mass spectrometers, different methods of ionization of biological molecules of wide mass range, different methods of ion separation including magnetic sector, time of flight, RF and DC ion traps, as well as FTICR. Experimental and bioinformatics based methods of protein, peptides, lipids and metabolite molecule identification, different fragmentation methods for primary and secondary structure determination, methods of quantitative determination of proteins, lipids, metabolites and small molecule in physiological liquids