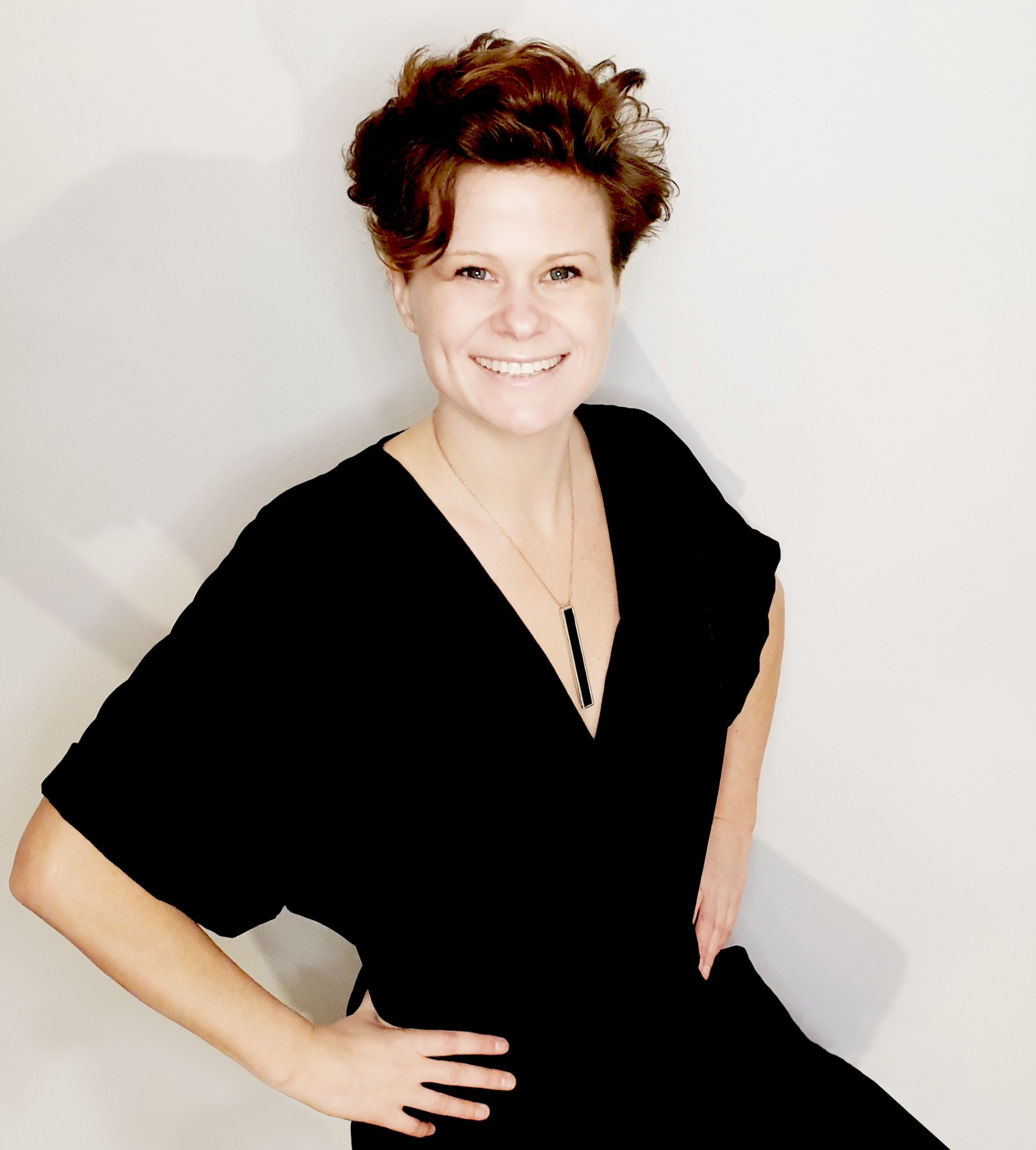 “Space weather refers to conditions on the Sun, in the solar wind, and within Earth’s magnetosphere, ionosphere and thermosphere that can influence the performance and reliability of space-borne and ground-based technological systems and can endanger human life or health”.

The main users of space weather services are:

–  Geomagnetic Storm Forecasting Service StormFocus
StormFocus service provides advance warnings about the future geomagnetic storm magnitude on an hourly basis. The forecast is based on real-time solar wind and interplanetary magnetic field data, provided by the DSCOVR spacecraft which is located at the L1 Sun-Earth liberation point 1 500 000 km upstream of Earth.  Forecasts are updated every hour and published on SpaceWeather.Ru.

– Updated medium-term sunspot number prediction service
A universal technique that improves medium-term prediction methods as they are monthly updated using the latest available observations of smoothed sunspot numbers using an adaptive Kalman filter. Forecasts are updated every month and published on the World Data Center for the production, preservation and dissemination of the international sunspot number (SILSO).

- Forecast of the auroral oval boundaries and aurora borealis on Yamal island
Forecast based on real-time DSCOVR solar wind and interplanetary magnetic field data. The forecast provides estimates of geomagnetic latitudes of poleward and equatorward boundaries of the auroral oval, and equatorward boundary of the diffusive aurora for the next hour. Forecasts are updated every hour and published on SpaceWeather.Ru.

2022 Excellence Recognition for results in research, teaching, impact and service to Skoltech and wider community.

2020 Award the “Best Professor of the Year 2020 (Teaching Excellence Award)”.
The award is given to a faculty member with outstanding contribution across all Skoltech educational processes. He/she goes above and beyond expectations in all the categories and is enthusiastic and passionate in motivating students to develop and grow.

2018 Award the “Best Professor of the Year 2018” in the nomination “Mentoring”.
The award is granted to a faculty member who is approachable and accessible, and who listens to and cares about students’ needs while challenging and encouraging students to grow.

2015 The International Alexander Chizhevsky medal for Space Weather and Space Climate
for major contributions to space weather research and/or services.

2015  Excellence in Service Award, Skolkovo Institute of Science and Technology,
in recognition of outstanding performance and contribution to Skoltech mission and values.

2015 Certificate of Appreciation, Skolkovo Institute of Science and Technology,
for the notable contribution and service on the Organizing Committee at Skoltech Poster Competition in 2014 and 2015.

January 2022, How a solar storm can plunge the world into chaos? TEDxSkolkovo. Watch on YouTube.

September 2021  Mysteries of Space Weather,  “Her Words. Science”, a new SNOB project about women in science.

July 2021  “Forefront of physics”: what science is capable of today, Public Television of Russia, show “Hamburg account” with Olga Orlova.

May 2021 Presentation of the book “The Forefront of Physics” at the 16th Saint Petersburg International Book Fair timed to the Day of St. Petersburg (English, Russian).

May 2021 Space weather, solar activity and their effects on human activities. Listen on Radio Russia, show “Departement of not needed things”.

May 2021 How the Sun Can Help Predict Crashes in Orbit and on Earth. Read on VICE.

May 2021 René Pischel, Head of ESA in Russia, featured in a unique Skoltech course on the space industry (English, Russian).

May 2021 Scientists invent a method for predicting solar radio flux for two years ahead (English, Russian).

January 2021 “The Forefront of Physics”, a new book published at the initiative of the Skolkovo Institute of Science and Technology in collaboration with the Ogonyok magazine, features 22 interviews by top Russian physicists about cutting-edge research in physics.

December 2020 Why do we need a solar weather forecast and why science is nothing without beauty, Bazaar (in Russian).

June 2020 The close-up view of the Sun. Skoltech participates in the science of a European Solar Telescope (English, Russian).

June 2020 A method has been developed to study the “traces” of coronal mass ejections at the Sun (English, Russian).

March 2020 Public lecture “Space weather. Through storms from the Earth to the Sun”,  The Museum of Cosmonautics, Moscow.

January 2019 On the role of drawing in the evolution of mankind, the importance of simple ideas and the comic book, “Eto tochno!” (That’s true!), created by Skoltech (Russian).

December 2018 Dangerous Sun – one of the stories of the science-inspired comic book “That’s True”,
a project of Skoltech, Schrödinger’s Cat and Eksmo (English, Russian). The University of Graz, Austria also covered the news.

December 2018 Getting a grip on space weather. An international group of scientists developed a new method for analyzing the Sun’s energy outbursts, which can help better understand and predict extreme space weather
phenomena that directly affect the operation of engineering systems in space and on Earth (English, Russian).

June 2018 Award the “Best Professor of the Year 2018” in the nomination “Mentoring”.
The award is granted to a faculty member who is approachable and accessible, and who listens to and cares about students’ needs while challenging and encouraging students to grow.

February 2018  “We have to take space weather forecasts into account in our daily plans”,
Almanac “Skoltech, 5 steps into the future” (English, Russian).

May 2017 Kultura TV, show “Nablyudatel”, “How the Sun changes the Earth: climate turns” .

September 2016 Public lecture “Where Does the Solar Wind Blow”,  educational program for the exhibition “Cosmos: the birth of new age”,  Moscow.

May 2016 Public lecture  “In arms of the star called Sun”,  The Spring School 2016 for the Oxford Russia Fund fellows.

August 2014  Sharing impressions of participating in the COSPAR 2014 conference to the Skoltech Newsletter (Russian, English).

Course “Data analysis for Space Weather”
The course introduces students to Solar-Terrestrial physics, Space Weather and practically useful approaches of data analysis for study, forecasting, and mitigation of space weather effects. The course provides an overview of Sun-Earth connections, starting from the interior of the Sun and ending in the Earth’s magnetosphere. To gain insight into this field, we focus on such topics as: solar interior and solar structure, solar atmosphere, solar wind, solar flares and coronal mass ejections, as well as associated geomagnetic storms and polar auroras. These phenomena drive Space Weather with the implications for space-borne and ground-based technological systems (satellites, human spaceflight, airlines, power systems and pipelines). We also examine the space weather effects on technology and human health, hazard assessment, mitigation and forecasting, space environment data, scientific and service products.
Course content and main topics: Data analysis for Space Weather

Course “Space Sector Course”
This course examines the domain of space from multiple vantage points — space as a business, a way of life, as industry, and as a fulfillment of human dreams. In addition, it examines space-related issues that drive key international regulatory, economic, and global policy. To gain insight into these different dimensions, we examine space through three different lenses: sub-sectors, technologies, and organizations.
Course content and main topics:  Space Sector

Course “Solar Observations with a Telescope”
1-week individual study period course. Course co-instructor: Galina Chikunova
The purpose of this course is to give a brief understanding of how astrophotography works, how should we work with a telescope and what we can observe with it in conditions of living in Moscow. The other part is headed to give students an introduction to Solar Physics, which events we can observe on the Sun, what information we can receive from this data and why it is important to know. The course provides lectures and 1-2 practical classes of observing the Sun, plus the session of data processing.