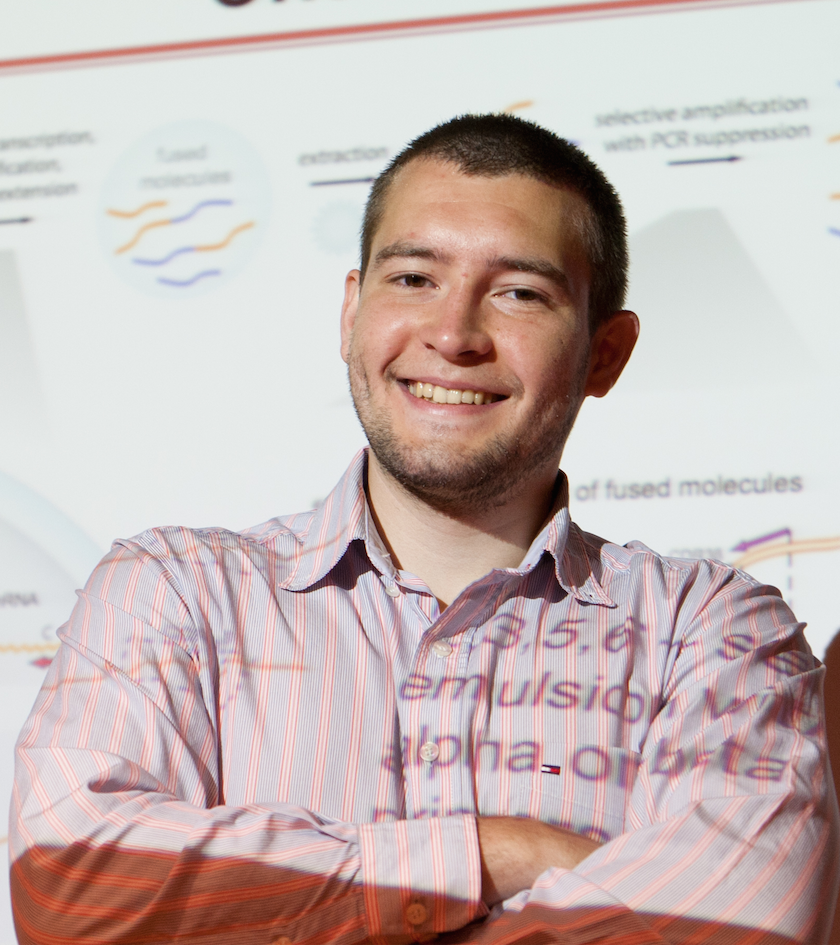 Mikhail graduated from the Faculty of Physics, Moscow State University in 2011 and received his PhD from the Department of Genetics, University of Navarra, Spain in 2013. His early research was devoted to bioinformatic analysis of fusion genes in cancer. After moving back to Moscow, he joined the Genomics of Adaptive Immunity group led by Prof. Dmitry Chudakov. Mikhail has been involved in a number of pioneering projects aimed at developing a technology to profile human adaptive immune system using next-generation sequencing and advanced molecular biology techniques. Additionally, Mikhail has developed methods for high-fidelity sequencing and rare mutation detection as an affiliate of Pirogov Russian National Research Medical University. Mikhail is a regular visiting scholar of the Adaptive Immunity Group at Central European Institute of Technology, Czech Republic, he is also involved in software development at Skolkovo resident company Milaboratory LLC.

Mikhail’s research interests include bioinformatics for high throughput sequencing, systems immunology and cancer immunotherapy. He has been invited as a speaker to a number of major events in the immune repertoire profiling community that took place in Portugal, France, USA, The Netherlands and Switzerland. Mikhail has authored and co-authored 25 research papers during the last 5 years of his work.

At Skoltech, Mikhail works on bioinformatic analysis of large-scale T- and B-cell receptor repertoire sequencing data to gain new insights into the structure and dynamics of the adaptive immune system in health and disease.