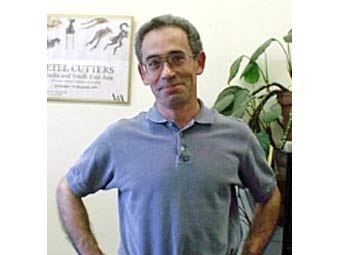 Igor obtained his PhD from Lomonosov Moscow State University under the guidance of the distinguished Russian mathematician Sergei Petrovich Novikov, who until today remains Igor’s close collaborator. They have worked together on a number of joint projects and co-authored more than 20 works on integrable systems, string theory, algebraic geometry and topology methods in modern mathematical and theoretical physics.

Prior to joining Skoltech, Igor held senior research positions at Moscow Power Engineering Institute and the Institute for Problems in Mechanics, as well as faculty position at Moscow Independent University. He was also Deputy Director of the Kharkevich Institute of Information Transmission Problems.  Nowadays Igor is also a leading researcher of the Landau Institute for Theoretical Physics, RAS, a professor at the Higher School of Economics, Moscow, and at the Columbia University, where he also chaired the Mathematics Department from 2008 to 2011. Igor is contributing to the professional community worldwide by being a member of Executive Committees of the European Mathematical Society and editorial boards of professional journals, including Functional analysis and its applications, International Mathematical Research Notes, and Russian Mathematical Surveys.