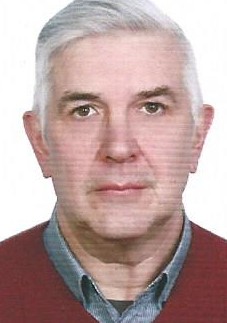 Grigoriy graduated the Pirogov Russian National Research Medical University at Moscow in 1986 as a pediatrician and after completion of post-
graduate doctoral training obtained his Ph.D. degree in Pediatrics Immunology in 1991 by studying children’s health status and immune system after nuclear Chernobyl accident.

Subsequently, he worked as an assistant professor in the Department of General Pediatrics of the same University. From 1992 to 1999, he was appointed as Acting Head of Division of the immunopathology of Dmitry Rogachev National Research Center of Pediatric Hematology, Oncology, and Immunology, Moscow.

In 1997, Grigoriy moved to the USA to conduct medical biology research in the Lineberger Comprehensive Cancer Center at the University of North Carolina at Chapel Hill, where first he was focusing on studying the fundamental regulatory mechanisms of T cell immune system including the role of cell cycle inhibitors proteins and chromatin remodeling complexes. Later he moved his activities into the field of humanized mice (hu-mice), an extremely modern and promising area of experimental and translational medicine in the field of oncology/immunology and persistent infectious diseases.

For the recent several years (2012-2018), Grigoriy worked in the USA subsidiary pharma-biotech startup in Moscow as head of the biology lab developing the therapeutic anti-cancer vaccine. Since 2018, Grigoriy joined the group of Prof. Christoph Borchers for development and implementation quantitative proteomics technologies into clinical practice for personalized medicine in Russia.

The results of multiple years of his research activity were published numerous times in high-rating peer-review scientific journals, presented in prestigious scientific meetings and have summarized in his Doctoral of Science degree thesis in 2013.