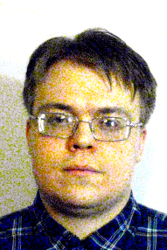 Georgi received his Bachelor degree in 2008 and his Master’s degree in Applied Mathematics and Physics at the Moscow Institute of Physics and Technology in 2010. In 2013, he defended his postgraduate thesis in matrix analysis and model order reduction with applications in microelectronics design, supervised by Professor Yu. M. Nechepurenko. As a result of his postgraduate research, Georgi proposed the new generalization of pseudo-inverse matrices with application to several model order reduction problems. Georgi’s background includes a research position with the Data Science and Information System Lab of Innopolis University located in Kazan, Russia, working as a Research Engineer at the Institute for Design Problems in Microelectronics of the Russian Academy of Science and training at the Universite de Bretagne Occidentale in France. He has extensive programming skills in addition to substantive knowledge in model order reduction and numerical linear algebra with emphasis on Krylov-subspaces based methods and Lyapunov equation based techniques. Georgi was a speaker at national and international science conferences and won a number of awards.