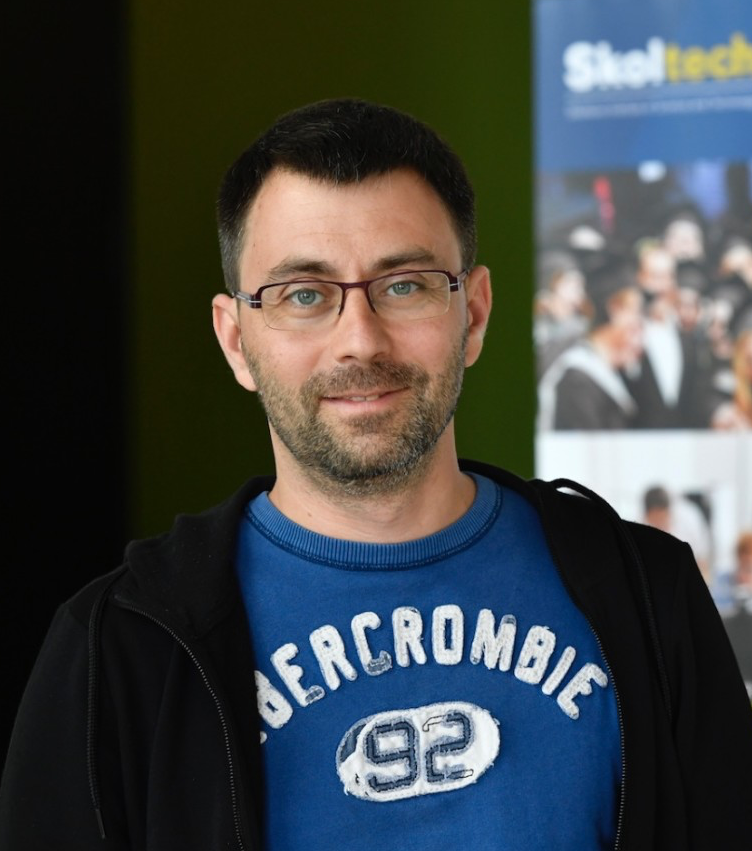 Dmitri is a skilled computational biologist, qualified statistician, and strong mathematician. He obtained the MSc in Mathematics (1996), MSc in Chemistry (1997) and PhD in Algebra, Logics, and Number Theory (1999) from the  Moscow State University (MSU). In 2002, he received MSc in Bioinformatics from Boston University, where he stayed until 2005 with the group of Dr Nancy Kopell at the Center for BioDynamics and the Department of Mathematics and Statistics to conduct his postdoctoral research in computational neuroscience. Then Dmitri returned to his alma mater to work with Dr Mikhail Gelfand and Dr Andrei Mironov on computational RNA structure prediction and comparative genomics, where he identified a group of ultra-conserved RNA structures that impact pre-mRNA splicing. In 2011, Dmitri joined the group of Dr Roderic Guigo at the Center for Genomic Regulation, Pompeu Fabra University (Barcelona), as a research associate to do research in transcriptomics and big data analysis. Dmitri also worked in close collaboration with ENCODE consortium where together with the colleagues he identified a group of genes with constrained expression across mammalian evolution and described distinct properties of this group of genes.

Dmitri’s research career in computational biology encompasses computational neuroscience, structural bioinformatics of RNA, and the analysis of big transcriptomics data. One of the projects he is currently working on is the integrative analysis of transcription, alternative splicing, and chromatin modifications to shed some light on RNA-chromatin interactions and their role in post-transcriptional RNA processing.

The research of our lab is dedicated to all aspects of biogenesis, structure, and function of eukaryotic RNAs. In particular, the key focus is pre-mRNA splicing, its regulation, and role in disease. We use methods of bioinformatics, computational genomics, and statistical learning to integrate high-throughput data from large panels of transcriptomic experiments to build integrative models of RNA processing, and to understand mechanisms of regulation of specific genes involved in disease. More specific details about ongoing projects can be found on the webpage of the Center of Life Sciences.

2010 Teacher of the Year, International College of Economics and Finance (Moscow, Russia)

2016 Best Professor of the Year, Skolkovo Institute for Science and Technology (Russia)

Svetlana Kalmykova
Junior Research Scientist
This introductory course to statistics and probability theory is modeled as an extension of a traditional university Statistics course and Advanced Placement Course in Statistics to a broader spectrum of topics, while keeping the spirit of quantitative discourse applied to real-life problems. The material is offered in 5 consecutive modules (see Course Outline below), each containing a lecture, a discussion section, and a practicum. For practical exercises we use R programming language and R-Studio software. However, this course is focused on statistics rather than R; therefore, each practicum is designed with the purpose to demonstrate and reinforce understanding of concepts introduced in the lecture rather than to provide a training in R.