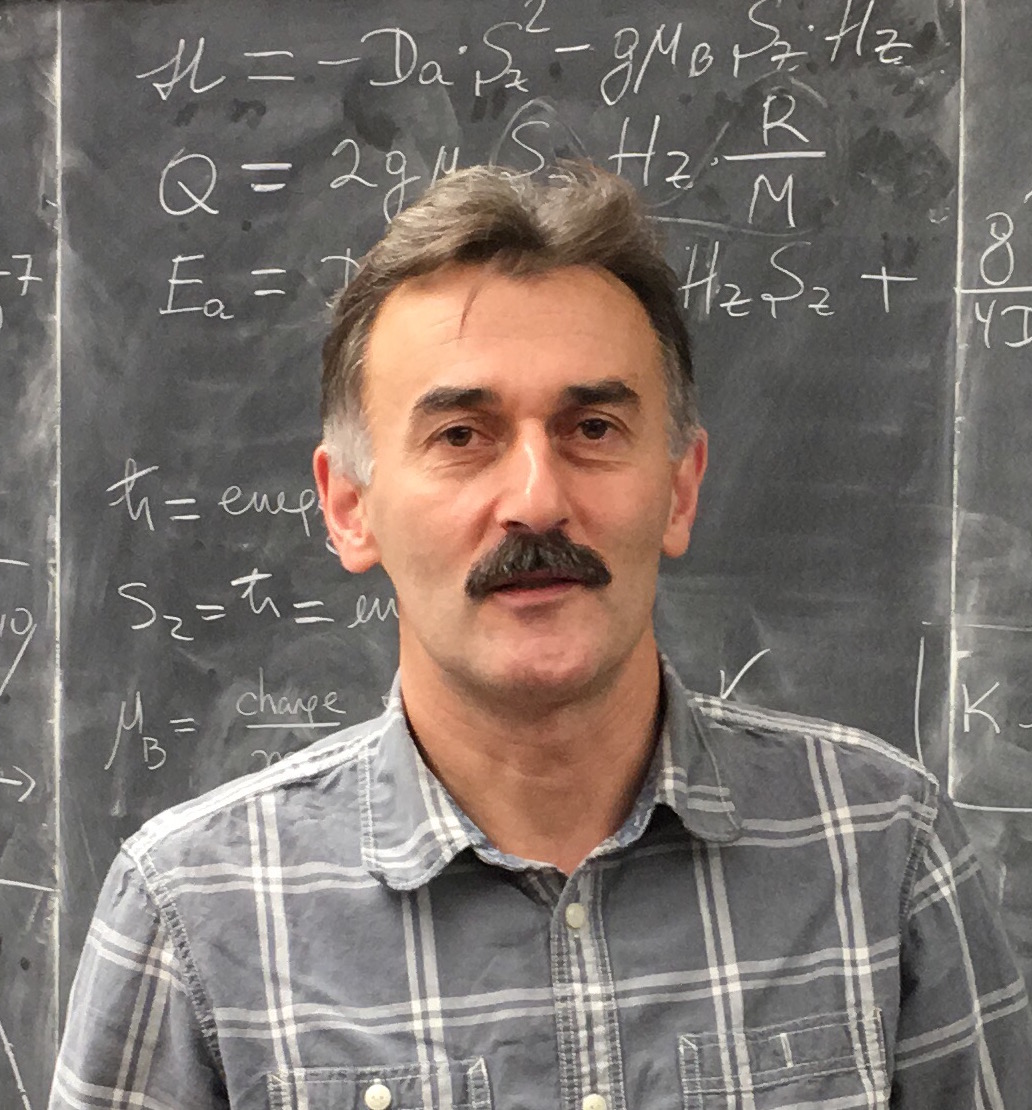 Aslan Kasimov holds a Ph.D. degree in Theoretical  and Applied Mechanics from the University of Illinois at Urbana-Champaign, received in 2004. He obtained his undergraduate education at Moscow Engineering-Physics Institute (MEPhI) graduating in 1993 with a degree in chemical physics. Prior to joining Skoltech, Prof. Kasimov was a lecturer and instructor in applied mathematics at the Department of Mathematics of MIT (2005-2009), served as a founding faculty at the King Abdullah University of Science and Technology (KAUST, 2009-2016), and held a position in the Tamm Theoretical Physics Department at the Lebedev Physical Institute of the Russian Academy of Sciences.

He was a recipient of a US AFOSR Young Investigator Award in 2007 for his work on detonation theory and of a number of graduate awards at the University of Illinois. He has substantial teaching and advising experience at both graduate and undergraduate levels at MIT and KAUST. At KAUST, he helped establish a vigorous graduate program in Applied Mathematics and Computational Science, where he created and taught original courses on applied partial differential equations, stability and bifurcation theory, asymptotic analysis, and theoretical fluid dynamics. Many graduates of the program continued as doctoral students or postdocs at various universities around the world including Stanford University, UC Berkeley, Oxford University, MIT.

Positions are open for students and postdocs – see below under News tab.

I am looking for ambitious students (at both MSc and PhD levels) and postdocs to join a research group in fluid dynamics. The group is engaged in theoretical and computational research aimed at understanding the physics of complex flows in multiphase systems. Particular directions of current interest are:

Positions for students require strong background in physics/mechanics and applied and computational mathematics. Postdoctoral candidates must have an earned PhD degree in physics, engineering or mathematics and have demonstrated the ability to solve major problems in their field of expertise.

Skoltech offers excellent conditions for work and study including state-of-the-art experimental and computational facilities and internationally competitive stipends and salaries.

Interested candidates are welcome to write to Prof. Aslan Kasimov at for further details.

The course is intended to provide the understanding and working knowledge of numerical methods required for modeling and simulation of complex phenomena. It focuses on fundamentals of the methods such as accuracy, stability, convergence, and consistency rather than learning how to use canned computer codes. The course involves first-hand experience with programming and solving real problems on computers. Solid knowledge of calculus, linear algebra, complex variables is essential, and basic understanding of the theory of ordinary and partial differential equations of physics and engineering as well as basic programming skills are required. The following topics will be covered: solving nonlinear equations, matrix equations, eigenvalue problems, interpolation, numerical differentiation and integration, numerical solution of ordinary and partial differential equations, optimization problems, and data analysis.