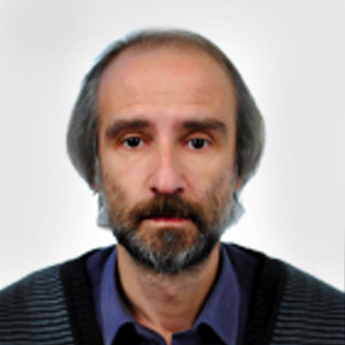 Prior to joining Skoltech, Alexei served as Deputy Dean of Science at the Department of Chemistry of the Moscow State University.

He holds membership on Moscow State University’s board of Nanotechnology Education and various expert panels. Previously, he was a fellow at the Institute of Mathematics and Fundamental Physics, CSIC acting as an expert for the Spanish Ministry of Education and Science. He has also worked around the world as a visiting scientist at the Paul Sabatier University, Goteborg University, University of Warsaw, ITAMP, University of British Columbia, Oakland University, and others.

Buchachenko’s theoretical and computational modeling research focuses on electronic structure theory, atomic and molecule collision theory, photodissociation and collision dynamics, and high precision spectroscopy. His research is currently related to cold and ultracold atomic and molecular physics and chemistry. He also takes part in projects on heterogeneous chemistry for thermal protection systems on spacecraft. Alexei thinks that a qualified theoretician should serve the community of scientists conducting experiments and collaborates with many groups around the world.